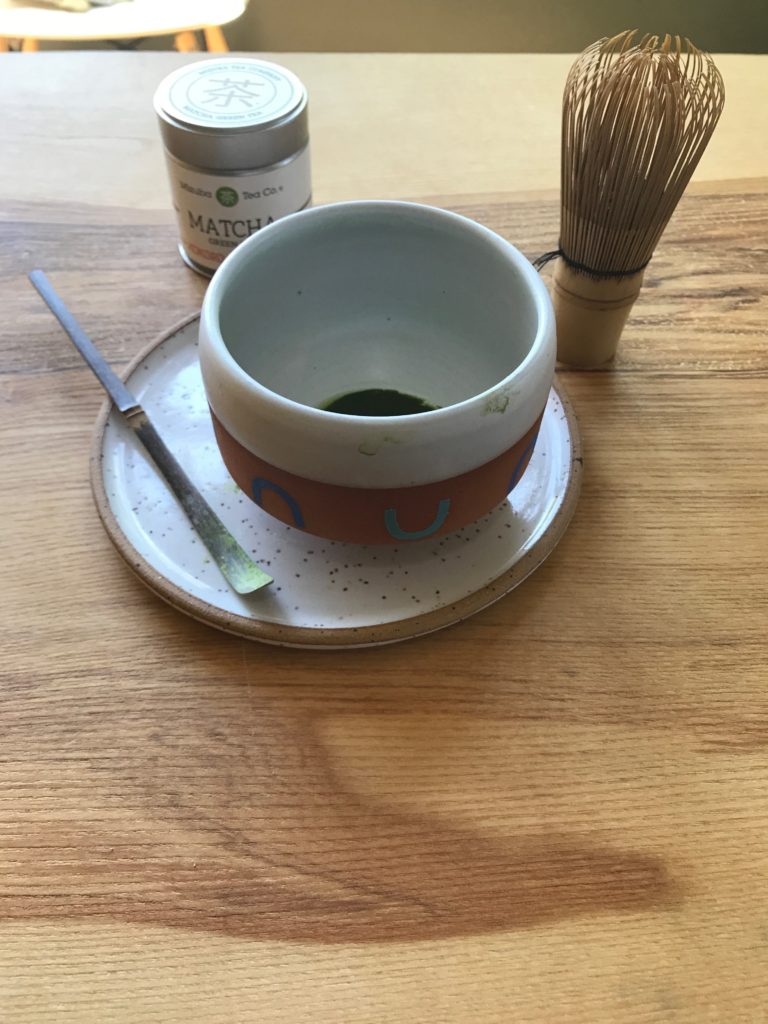 This was Lauren Danson’s response to my inquiry: “What’s one thing that people don’t know that you’d like to have people hear?” – I counted more than one, but whatever. Who cares. I always ask that at the end of each interview. Sometimes the answer makes it into the article, sometimes it doesn’t. For me, it’s a catchall so I don’t miss anything. That said, I would beg to differ with her on the notion that people may not know that she embodies those qualities. Just sit and talk to her for five minutes, and you’ll know what I mean. I met Lauren briefly at the annual Portland SBA Awards Luncheon where she received SBA Nano Business of the Year. In my opinion, that’s quite an accolade for a fairly new (4 year old) business, yet she’s extremely humble in every sense of the word. What I found after a few separate interactions with Lauren is that she is human, is authentic, is extremely grateful for everything in life, and she has tea parties…

“You find yourself…and people have passions, and I never realized my deep love for tea until others brought it to my attention….”

That was her response to the obvious question of: “Why did you get into tea?”

For Lauren, it all started with her mother giving her Bigelow Tea when she was in middle school. In her own words, “it’s the OG of tea…it was the Folgers of tea…it was what everyone had *that and Celestial Seasonings Tea …” In her view, looking back, those companies laid the groundwork for the tea market in America. At some level, their names became synonymous with tea much like Kleenex is to facial tissue or Band-Aid is to bandage. Looking back, tea always reminds her of her mother and a closeness with family. It’s funny how those things end up driving what we do later on in life….

Lauren stressed how gracious she was for her travel experiences growing up. She spoke fondly of how in every place she went with her family, tea was the common denominator. It gave her a familiarity with literally any place she visited and like a beer enthusiast, she wanted to try tea everywhere she went. She would even collect teabags in hotel rooms (it was all fair game….that’s what it’s there for, right?) and the history of each tea and each tea’s story always piqued her interest. Being forthcoming, my knowledge of tea remains limited. I like to drink it, and I’ve had a lot more exposure to it here, but drinking tea correctly is an entire art in and of itself, let alone learning the actual history of tea. During these travels, she crossed paths with Mariage Freres Tea from France, and in her own words “they just had a beautiful way of presenting a story of tea…” and at that point, “I became a supernerd” and started looking up formal education around tea. 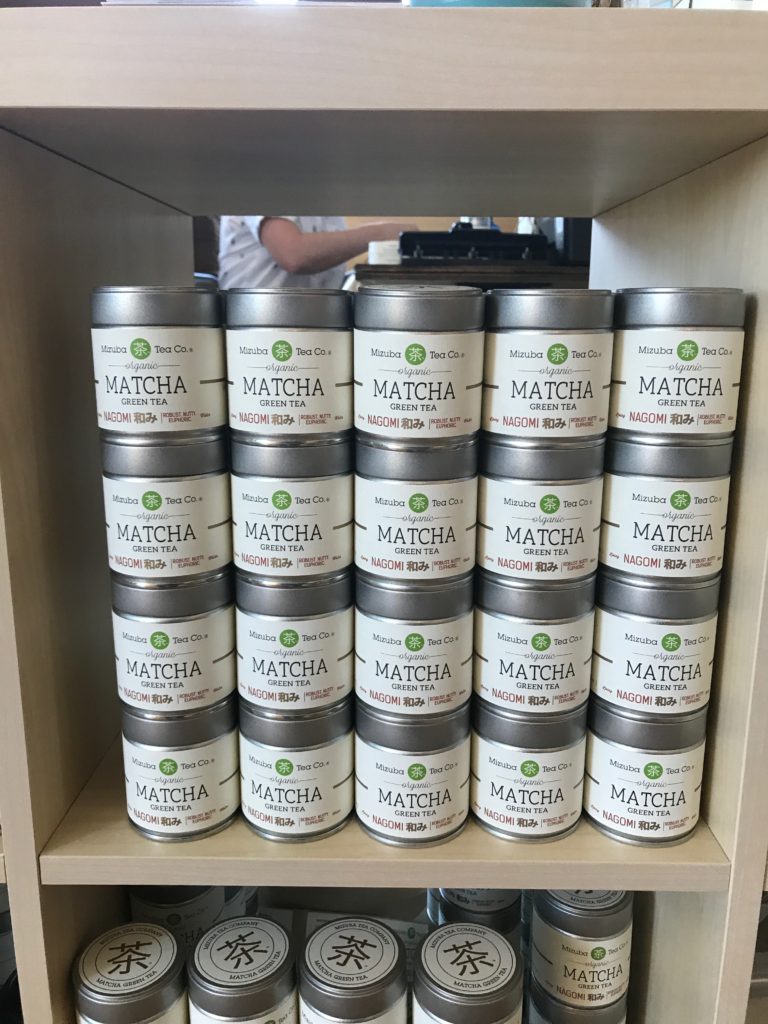 Lauren shared with me that during sophomore year at Westmont college in Santa Barbara, she lived in a dorm at the top of a hill, and a majority of her friends lived down the hill. As a result, she faced the inevitable quandary: “[that’s lame] How do I get them to come visit?” – it’s kind of like someone here living in Vancouver getting Portland friends to visit. Endless excuses abound.

As a result, tea now served as an important social, if not critical, social aspect of her life, rather than just giving her tones of home or some intellectual curiosity. Now it was serious. Apparently, she threw lavish (by college standards:)) tea parties and people would just come and sit and hang out, while her mother would send treats and cookies to couple with the tea. Cool kids who would be too cool to sip tea now regularly came to her dorm room to do just that. It even resulted in someone making a sign above her dorm that simply read “Lauren’s Tea House”. Even during her three, yes, three, study abroad stints, tea permeated pretty much everything she did…from talking about tea at the Braille institute in Belfast where she volunteered, to sneaking off to tea houses in London, to roaming around and having tea with monks, Quakers, and nuns, tea seemed to touch every facet of her life.

When she came home from England, it reached a boiling point – a close friend (her salsa dancing partner) went to Tokyo, and Lauren decided to visit…that’s when she met the Japanese tea farmer she now works with. That was in 2013. A switch flipped at that point; in her view, the tea was 20 times better than anything she had available to her stateside. She also realized the way that she really bonded with people was always over tea. Tea allowed her to truly find and appreciate the vulnerability it takes to really know another human. Finally, in Japan, all she could think about during that trip was “How do I share this with friends and family?” That trip was one afternoon…one singular point in time along a continuum. That point changed her entire trajectory.

She came home, graduated (evidently, her friends yelled “Matcha” when she walked across the stage at graduation), and she recalled her sophomore year in college, when three of her close friends eventually sat her down and told her “Lauren, this is what you need to do with your life”, and according to her, she was like “Yeah right…nah ah…business is SO not what I want to do” – Obviously, at some point, something clicked again and she realized “I can do this”. Regardless, she proceeded to Denver for more school, and at the same time, she and Japanese farmer chatted over e-mail the entire time. Exactly one week after she graduated from her program in Denver, a friend incorporated a business for her on 8/19/13, and the rest is pretty much history.

Lauren proudly states: Matcha is what Chai was 20 years ago…it’s a lot more ubiquitous though. She added that part of what makes Mizuba successful is the integrity of the product. The goal isn’t to metastasize Matcha, rather develop strong relationships over it and ultimately create communities. In short, she uses my beer test: I choose to do business with people I would have a beer or five with. She chooses her partners based on whether she could enjoy tea with them or not. Superficial? No. Sensible? Yes. After all, tea ceremonies are an 800 year old tradition…she does not want to cross the rubicon and change it from authentic to commodity. That sounds reasonable to me.

I asked her point blank – what’s next though? Is this the end game for you? Her response was equally thoughtful and improvised. The common thread of her response was how truly authentic she was.

“I live to have a life…I see Mizuba as the biggest gift I’ve ever been given. If it doesn’t last, that’s not God’s plan…I have a lot of faith. I think to that, and I want to see it be successful, but I’m not going to compromise ethics for it. I don’t want to be in a big place…if it is big in the right capacity, that’s fine, but I’m not going to run myself into the ground trying to chase after investors…”

She very much reminds me of Rich Roll, an inspiring UltraMan athlete and wellness advocate who plainly stated: