Throughout the months of January and February, I had the opportunity to watch a large variety of international films for the Children’s International Film Festival Seattle. At the festival’s opening gala, I saw the classic anime film, Castle In The Sky, by Studio Ghibli, which was shown at the SIFF Cinema Egyptian. The theater there was huge, which was good because there was such a large crowd! 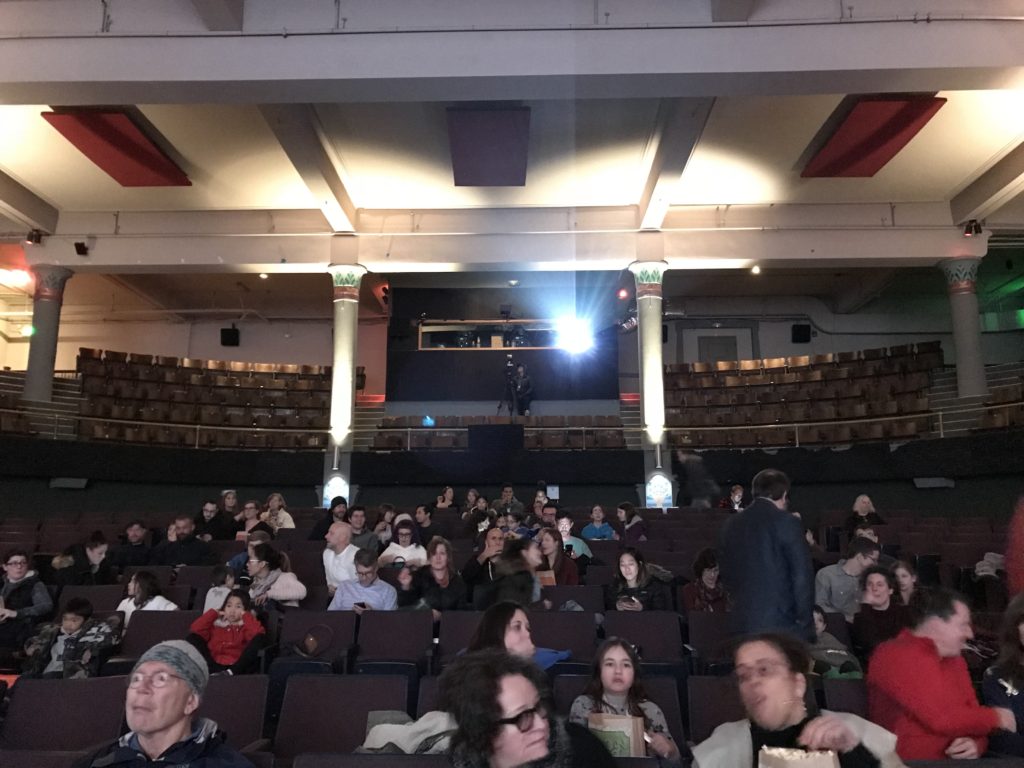 At the opening gala, there was a costume contest that was judged by a youth jury. The jury was comprised of kids that had previously completed classes at the Film Forum. These kids would also be viewing and voting on their favorite films later in the festival. 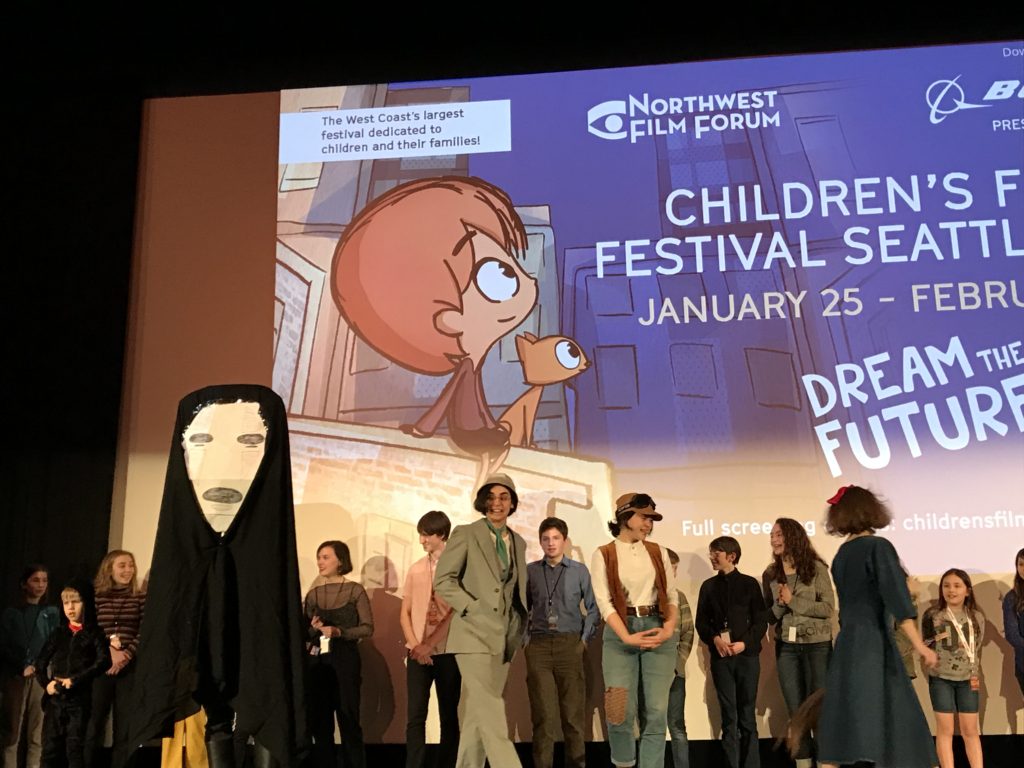 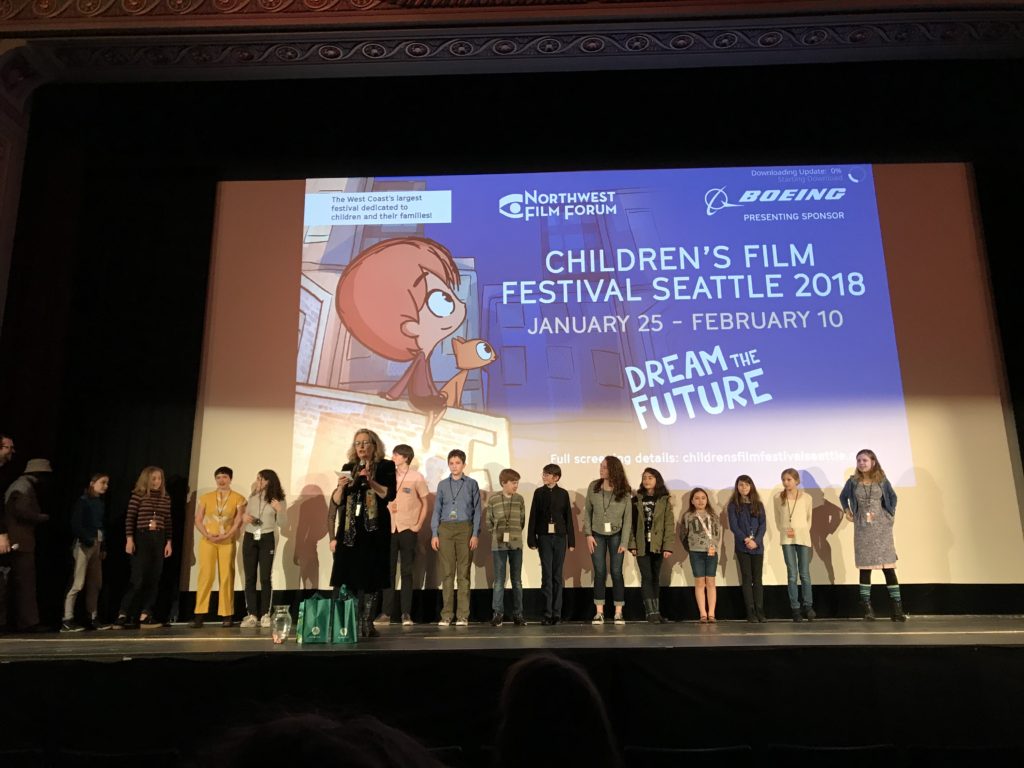 Though Castle in the Sky was an English dub, I enjoyed it much more than I first expected to. The character voice overs, including the ones done by well known actors Mark Hamil and Anna Paquin, were well done and I actually wanted to watch it again. I would highly recommend going to see this film as it’s great for people of all ages.

We also got to watch a beautiful dance performance by the Kaleidoscope Dance Company. 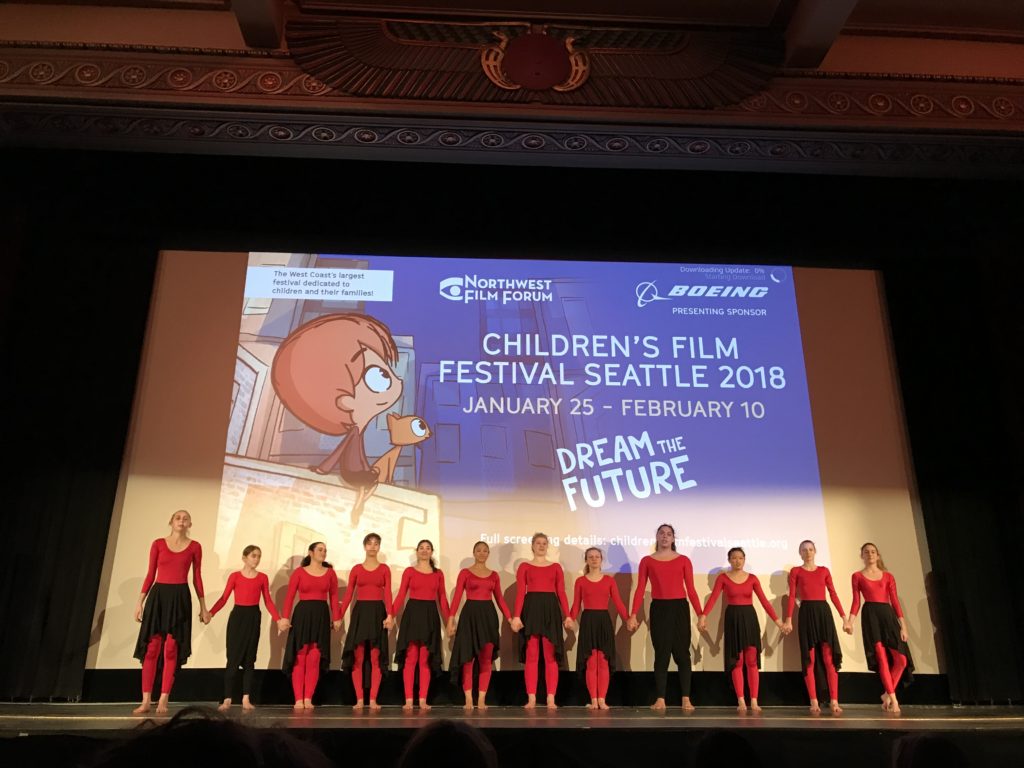 Over the next few weeks, I would view multiple films at the Film Forum. The first week, I saw a film I was really excited about. The film, Purple Dreams, is a documentary about an arts school in North Carolina and how they were the first high school to ever perform the musical, The Color Purple. It focused on six of the cast members, the events and conflicts in their lives, and how musical theater was helping them. We also got to hear a bit about their struggles with both their roles in the play and their struggles in their personal lives. Filmed over a 2 ½ year time span, the total amount of footage reaches up to 200 hours. The footage was then cut down to about 2 hours to show the most important parts. Their rehearsals and their performances started off rough, but through dedication and working hard they got everything down and were chosen to perform at the 2013 Thespian Festival. This festival was full of great opportunities for students to audition for colleges and possibly earn scholarships. This film took first place as my favorite and won the award for the audience favorite as well.

The next film I saw was called 5 Rupees by Piyush Panjuani. This film is based off of a traditional Indian children’s story. The cinematography in this film was very beautiful and well done, it even won an award for it at the end of the festival. At the end of the film, we did a little Q and A with the director and he told us about how he auditioned a lot of children for the role of the main child and narrowed it down to six before he eventually chose his nephew. He also told us that it took him five years to get enough money for the film, which shows how passionate he was about this film and how much he wanted to complete it. 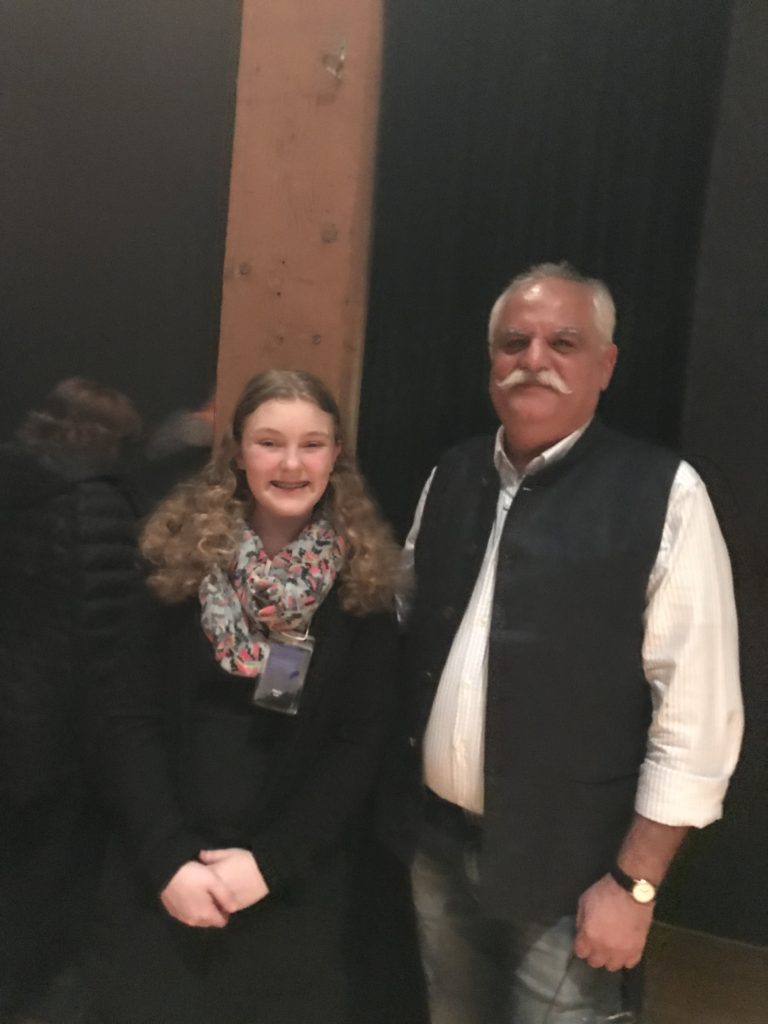 The final feature film I went to see was called, Not Without Us. This was it’s west coast premiere. It focused on kids all around the world and how they get to school. While there were some uplifting stories, like the one of a girl who immigrated from India to New York to attend a gifted school because of her IQ, to some more difficult stories. A lot of these kids were going through things that I couldn’t even imagine. A little boy had HIV and his family barely had enough money because they have to pay for his medicine. This film put me through an emotional roller coaster as I followed the trip of a girl headed to school only to find out that although her siblings were going to school she was not. I would recommend this film to people my age, it truly shows how fortunate we are even when sometimes we don’t feel like it.

I also went to go see a set of short films called the Indigenous Showcase. This showcase covered a wide range of topics and included my favorite animated short, The Mountain of SGaana, which I covered in my previous article. By using a mixture of animation and live action this showcase gave me a look into a culture that I had not yet discovered.

At the Closing Ceremony, we were given an opportunity to view a surprise selection of short films including the films made at the youth workshops during the festival. There were also awards given to the films by the youth jury.

Some of the most notable awards were:

I was very happy that Purple Dreams won audience favorite and that Mrs. McCutcheon, a film I have also covered before, won an award as well. This is a great event full of films for people of all ages. I am looking forward to attending the event next year and other people should take the opportunity to go as well.