I recently had the chance to attend a brand new convention called ACE Comic Con, created by Gareb Shamus, founder and former CEO of Wizard Entertainment. I was given the opportunity to talk with him and hear his thoughts about what sets his new venture apart from other comic cons. He was very passionate when answering every question I asked. He told me that he wants ACE to be a community experience that is focused on entertainment and excitement. ACE Comic Con is not a typical convention, rather it focuses on guest experiences and is a bit of a spectacle geared towards superheroes more so than comic books. Mr. Shamus was very friendly and his love for the genre was very apparent. He’s glad to see how much the geek community has been growing lately and is excited to have more people join the group that, when he was younger, were considered the outcasts.

Only the third of its kind, and a first in Seattle, the con ran from June 22-24 and had some very famous actors in attendance like: Tom Holland, Tom Hiddleston, Paul Bettany, and Elizabeth Olsen, who all play characters in the Marvel Cinematic Universe (MCU). Most of the panels with these actors and actresses were moderated by the hilarious Kevin Smith, who had a panel of his own on the first day.

I spent most of the first day wandering around the artist alley and talking with some of the many artists, authors, and creators of a huge variety of genres and heroes. One of my favorite artists had to be Faithful Imagination, but many other artists caught my eye like Mordecai Baylor and Dan Feldmeier. The creator of Spider Gwen, Robbi Rodriguez, was also in attendance and signed some of my comics for me. 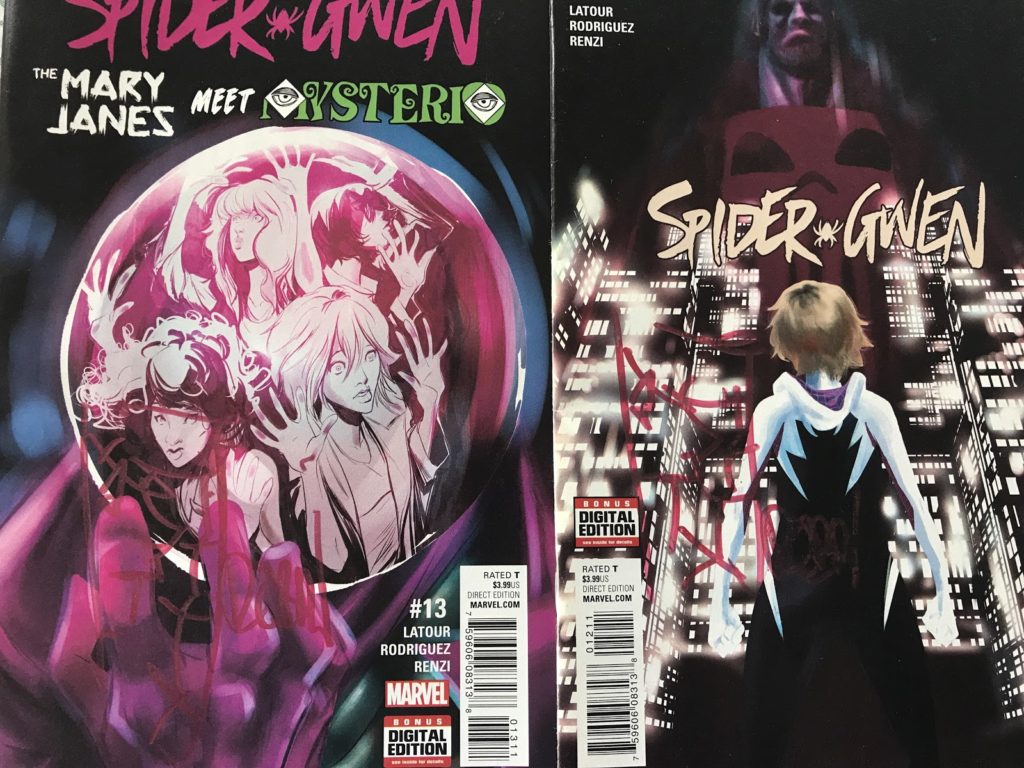 While wandering the artist alley, it was great to see all of the people coming out of their photo shoots and autograph sessions. When the stars came out, you could feel the excitement. It was definitely one of my favorite parts, even if I am a bit jealous of those that got to meet the Toms (Hiddleston and Holland) in person.

Day two was when the panels really started to get exciting. The first one I attended was moderated by Kevin Smith (again he was gold) and was about Paul Bettany and Elizabeth Olsen’s time as Vision and Scarlet Witch, respectively, in the Marvel movies. The fans were able to ask questions and it was a very enjoyable panel. There was also a panel with Grant Gustin who plays Barry Allen in the CW’s Flash series. This panel was also moderated by Kevin Smith and although it started a bit later than it was supposed to, it was an overall hilarious and enjoyable panel. Fans got to learn a bit about some of the filming magic of the Flash’s super speed and got some comical stories about Grant and Kevin’s times on set. After that panel, the stage was cleared out for the main event of the night. The Marvel Civil War panel had three of the biggest actors including Sebastian Stan, Anthony Mackie, and Tom Holland. This panel was filled with excitement and was easily the most packed of the weekend. This is hardly surprising, considering we were in Washington and that is a state which prefers Marvel – click here to learn more. 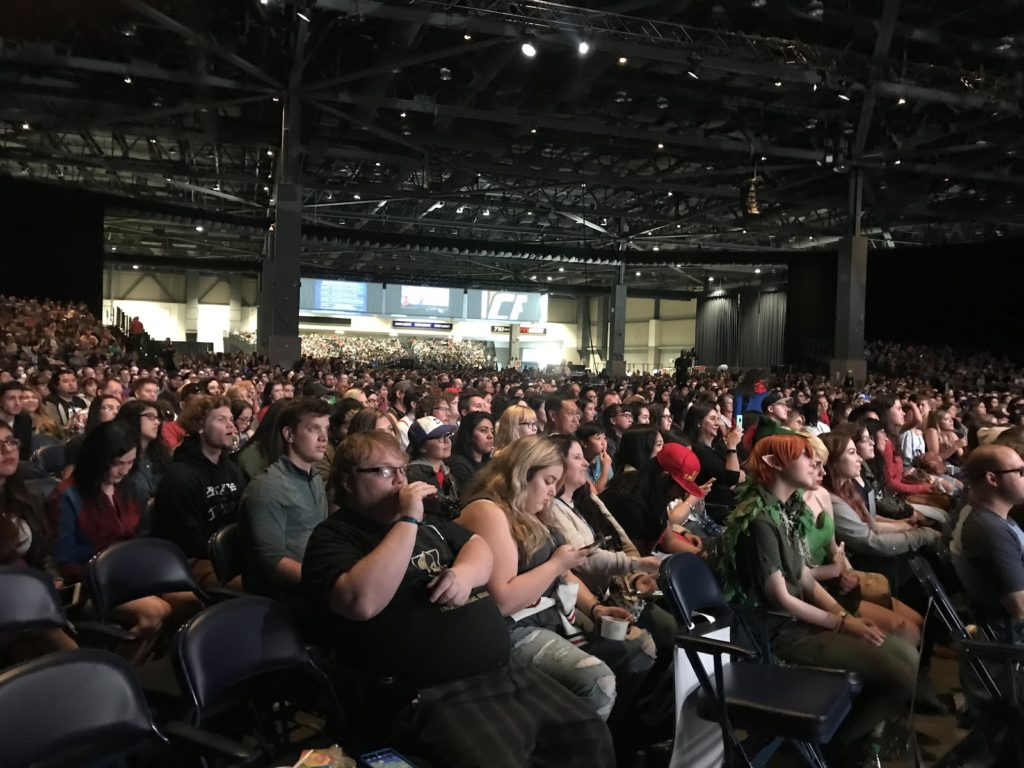 The staff was great with getting everyone seated where they were supposed to be and although the panel started with only Sebastian Stan and Kevin Smith (the others were still finishing up with fans), the enthusiasm continued to grow as each actor walked on stage. This panel was highly amusing and it was obvious how much chemistry there was between the three actors. Once fan questions opened up it was crazy to watch how fast the lines grew. Unfortunately, not many people got to ask their questions, but those who did got some thoughtful answers and humorous commentary from the stars. Personally, my favorite part of the panel was all of the shade Tom Holland and Anthony Mackie were throwing at each other. You could really tell that they were good friends behind the scenes and when Sebastian jumped in and started cracking jokes with Anthony, it became a riot. This panel was the day’s last and the perfect ending to a long day.

The last day was slower than the rest as I had already finished walking through the all of the artists and vendors, but my anticipation for the Tom Hiddleston panel at the end of the day kept me going. I walked through the artist alley and bought some of the items I had been keeping my eye on since day one, and then took some pictures at the photo booth and setups on the main floor. 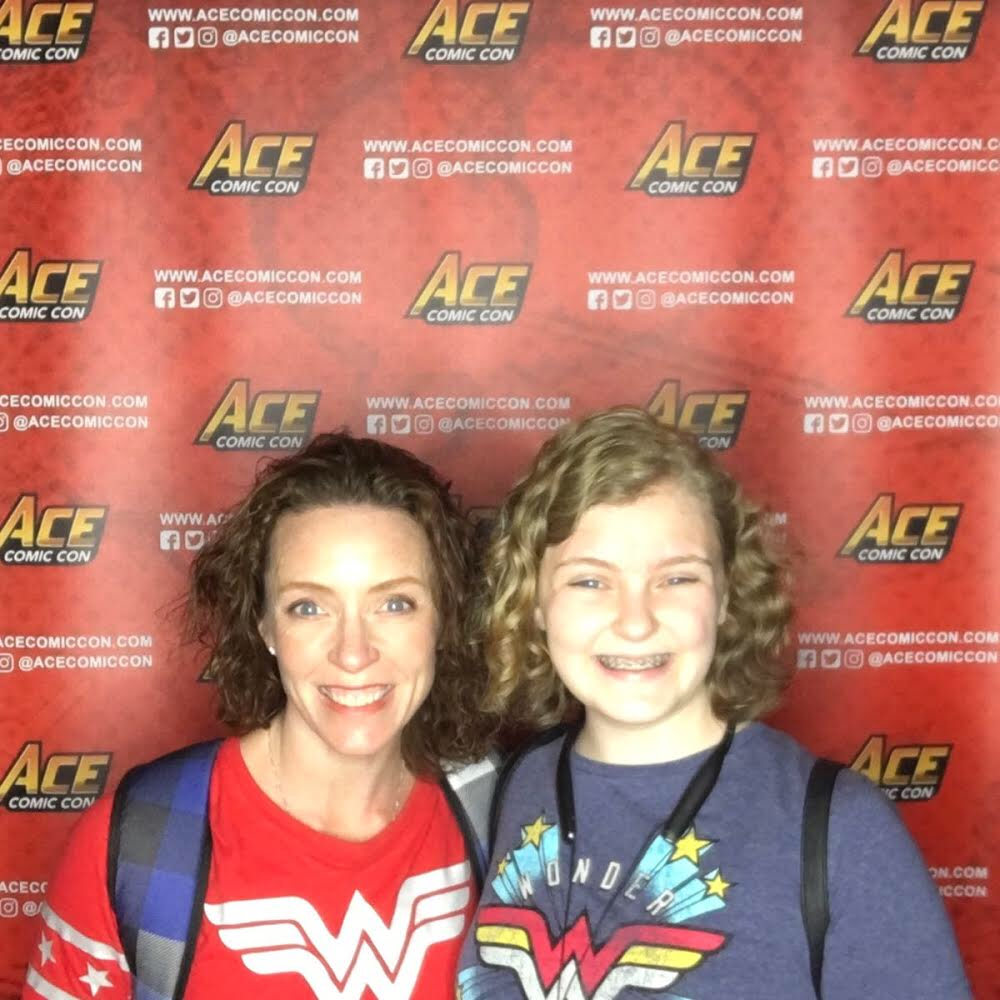 After grabbing some lunch at the nearby Pyramid Brewing Co., the time came and I got into my seat and waited for Tom Hiddleston to enter the stage. This one was sadly not moderated by Kevin Smith, but I still enjoyed it. Tom Hiddleston was very friendly and dove deep into his character (Loki) and his role in the MCU. Unfortunately, he didn’t take any fan questions, but that hardly seemed to matter when Tom Holland crashed the panel and did a giveaway for a drawing of Spider-Man’s death, drawn by Robbi Rodriguez and signed by both of the Toms. 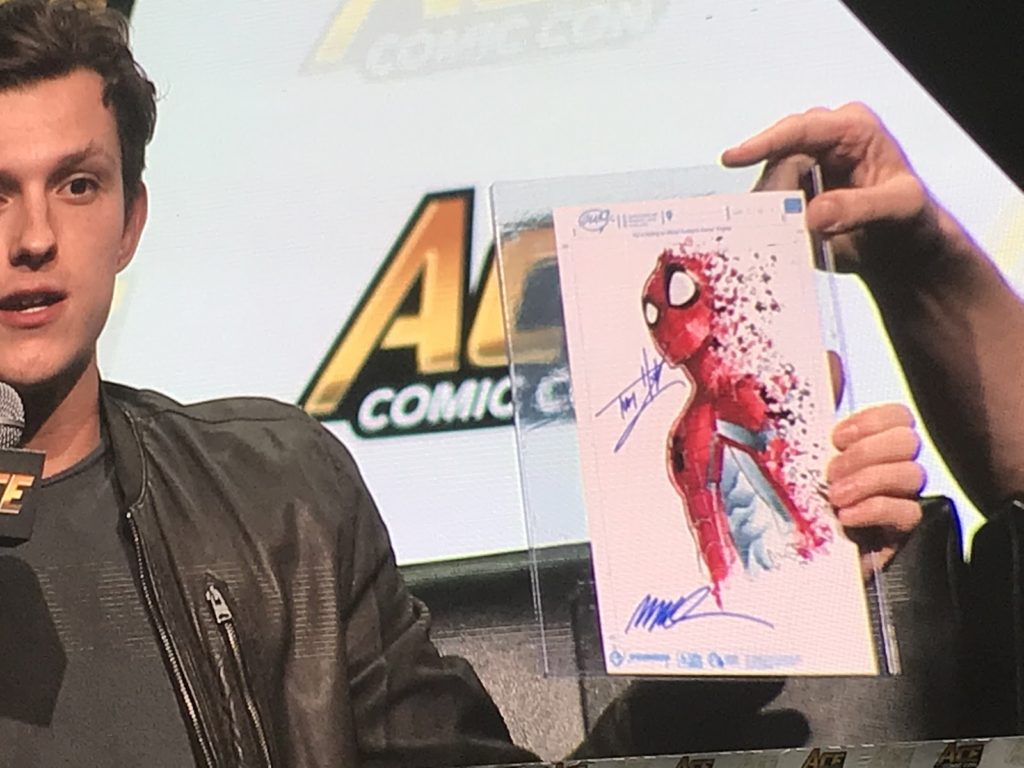 It was a huge moment of chaos and excitement as everyone checked their seat for the sticker and in the end the winner was found. It was an overall enjoyable panel and it was great to see the actors even if it was from afar.

In the end, I believe that this convention has a lot going for it. They had great stars, awesome moderators (well, Kevin Smith was amazing), and a great selection of artists and authors. I am excited to see how it grows over the next few years.