Kristin’s foundation was very intriguing to me. My husband was in the Air Force for 12 years and has been out for quite some time. While I feel somewhat removed from the former military life we led, the Air Force is the reason why we moved to this Washington from the Washington, DC area in 2012.

I had moved to DC in 2005, single and ready to take on the world. I thought I had the perfect life, living in a tiny condo in Old Town Alexandria, I had two crazy awesome jobs which had me going to the White House for meetings or presenting the President’s energy agenda to members of Congress. In the years living that life, I got married, got promoted and based my life on my career progression, choosing not to have children. I had just received that promotion when not more then two months later, my husband called me to let me know we were moving across the country. My entire life trajectory changed.

While my husband was enlisted and his move to JBLM was the only move I experienced as a military spouse, I still remember kicking and screaming my way across the country. I wondered what other military wives did when they had to pick up everything and follow their husbands careers. I wondered if I had decided to have kids, what would that have been like? I had to quit my incredibly successful career and move to a state I had never been to, where I knew NO ONE and start fresh. I was depressed beyond belief for months after moving to the Pacific Northwest. But as time progressed, I got a new job, made new friends, joined a CrossFit gym and started this website. It took a long time, but I’m finally happy again. My husband got out of the Air Force a couple years after we moved out here and now we are both firmly established with our PNW lifestyle.

With divine intervention from Lori and getting to know Kristin better, I really felt called to share her story with all my readers. While our military spouse lives were very different, what that military life threw at us made us feel the same hopes, fears and struggles. I hope her story can help you with life challenges you are facing! Keep reading!

Tell us about you! Where are you from, what was life like growing up?
I grew up in the northern suburbs of Chicago, in a neighborhood full of white picket fences and annual block parties. We knew our neighbors and in the summers we all played outside from sun up to sun down.

Growing up in a bubble, I had no idea what oppression and poverty looked like. My school was mostly white and the few blacks that did attend were popular, so I had no idea what racism looked like either. I was naive and idealistic, but determined and stubborn as hell. I believed that I was going to someday make the world a better place, but through my world experiences it was me who learned to become a better woman.

Tell us the story about how the Northwest Military Wives Foundation came to be and what is your mission?
I launched our online publication last September, which evolved from one I started in 2010 while stationed in Georgia and working as the editor for the National Infantry Association’s official magazine. After moving to the Pacific Northwest and attending charity events in Seattle, I quickly saw the need for military wives to have a stronger connection with the local community. I met so many strong and inspirational entrepreneurial women who are doing such great things and saw how positively it had impacted me, that I thought other wives would benefit as well.

We launched our nonprofit in January. I met Kelly Lavers shortly after moving here and knew she was someone I wanted on our team. I met Stephanie Traugutt at an event hosted by Permission to Start Dreaming Foundation, and was instantly drawn to her energy. I feel so fortunate to have both of them on board with me, truly blessed. It’s crazy how natural our collaboration is, they’re such talented women.

Who are some of the people in your life that have inspired you the most and why?
I have many, but my husband is definitely at the top of this list. I met James while I was working with professional solicitors, like those you can find at Eatons because I was going through a pretty intense divorce and custody battle. As you can imagine, this time in my life was a pivotal one. Everything I knew and was, had suddenly disappeared. A 17-year marriage, as unhappy as it had become, was over. It was as if I had woken from a deep sleep and almost half of my life was gone, it felt as though a large piece of me had died. 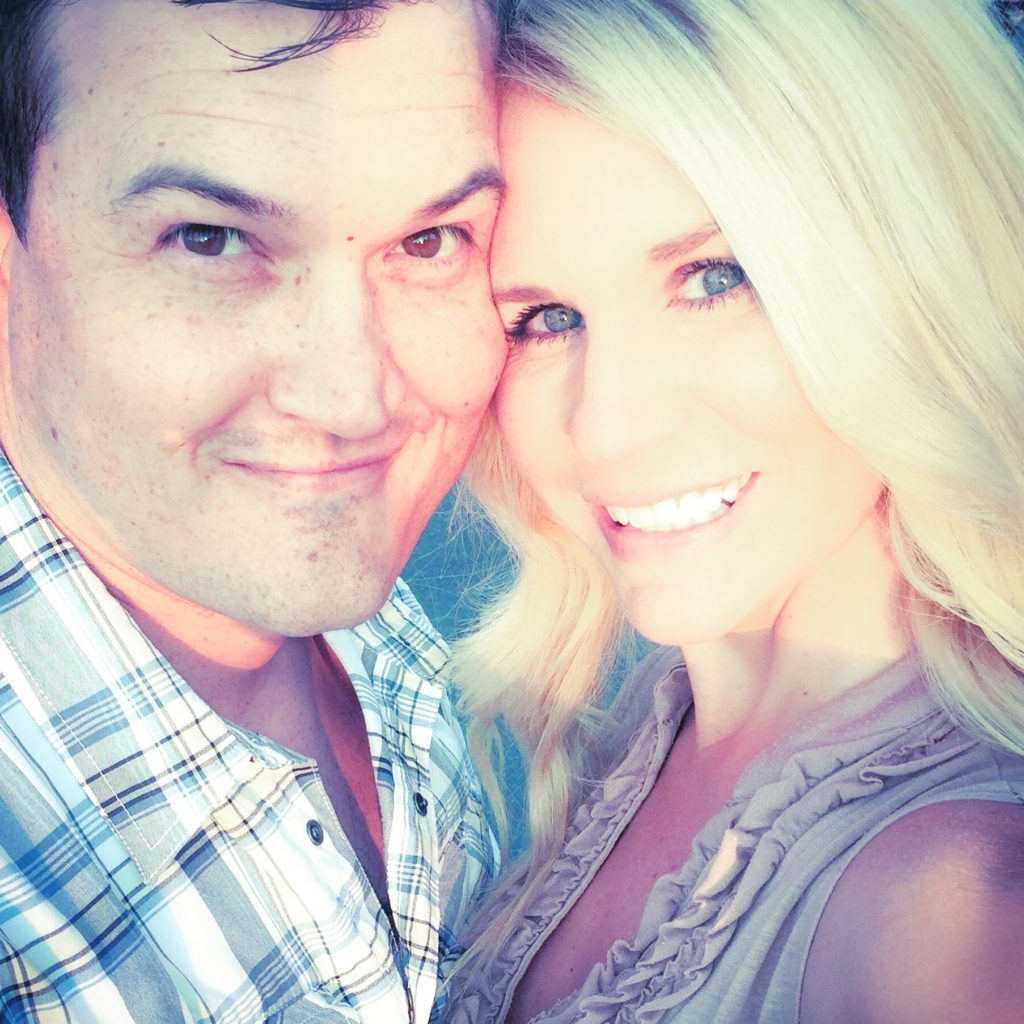 It was in those days that I saw where my real support was and I certainly wasn’t expecting it in someone I had hardly met, by accident. We’re such absolute opposites, in so many ways, that his strengths are my weaknesses. I used to care too much what other people thought, I was a people-pleaser and had a hard time keeping boundaries. And all of these things represent everything my husband is not. He says what’s on his mind and lives his truth, whether others agree with it or not. I’ve never felt anything as refreshing and pure in my life, and I’ve never felt as safe.

Today, I am happier than ever. I have learned to forgive myself for not being perfect, to not only accept my flaws but embrace them, and have surrounded myself with a circle of women who inspire me on a daily basis to be better. And it all started five years ago, when a handsome man spoke his first words to me, as we were waiting to watch our friend take her first jump out of an military airplane.

“You don’t have to be afraid anymore, you’re going to be okay.”

How can the women of the Pacific Northwest community get involved with the Northwest Military Wives Foundation?
Our focus is on past and present military wives, however, ladies who feel compelled to give back to the military community have rallied around us as well. The best way to contact us is through our website, Facebook or Instagram. We host events open to the public to raise funding for things like sending wives of wounded warriors on retreats, so please come out and support us!

Since this is What’s Up NW, what are your favorite Northwest places to hang out (eat, drink, chill, have fun, etc)?
I just love Seattle, I love its energy and the people. I’ve never lived anywhere that’s offered both a city life with awesome venues and great outdoor spaces. One weekend we’ll catch a Broadway show or attend a red carpet event and the next we’ll hike around Mowich Lake, one our favorite spots at the base of Mount Rainier.

What are the charities that are near and dear to your heart that you work with and why?
NWMW has partnered with three local charities and it has been such an honor. After losing her oldest son to PTSD about six years ago, Permission to Start Dreaming Foundation Founder Leslie Mayne is raising awareness to help fund treatment. Her organization has raised hundreds of thousands of dollars to help service members in pain through her annual events. Leslie’s strength and grace are admirable, I’m grateful for her friendship.

Talk it Up TV is another nonprofit that has captured our hearts. I mean seriously, who doesn’t love Anny Havland?! The purpose of this award-winning web series is inspiring, and the good that Anny and her team are doing is just incredible. Last Christmas she surprised a disabled military veteran and his family, and this is only one of their episodes. Spreading the message of “being kind” is Talk it Up TV’s mission, and is one that is so simple but so necessary. At our “Women Making A Difference: Becoming Your Best You” event this last May, Anny volunteered her time and was the emcee for a panel of powerful women. Her selfless heart and talent leave me in awe, and I’m thrilled to have her in my circle.

Washington Women in Need is the third nonprofit and was who our event in May benefited. Their spring luncheon was one I attended for the first time last year and was my initial inspiration for creating NWMW. They provide education and healthcare grants to desiring women in the area, ultimately changing their life trajectories. The impact WWIN is making is profound and its elating to see how well supported they are in our community.

What advice would you give to a newly married military spouse?
First and foremost, you must remain best friends because distance is inevitable and can be frequent. Staying connected, especially through the tough times, will be what gets you through. Together.

James and I were dating for only a month when he left for an 18-month tour to Korea. Instead of it pulling us apart we used that time to get to know each other on a deep level, I always knew exactly what he was thinking. The weekend after he returned we got married, and we haven’t looked back.

What are you looking forward to in 2018 and into 2019?
We’ve had so many opportunities in 2018. It’s been unreal the amount of support we’ve received and are so grateful!

After the success of our event in May, we were asked to be one of the featured nonprofits at Tracy Klinkroth’s Power of SHE: Female Founders Social Soiree event, a series designed to network women founders and entrepreneurs throughout Seattle. In August we helped to sponsor Tacoma’s First #MeToo event, created by the incredible powerhouse Naomi Herrera, a former military wife and survivor of a kidnapping in Peru. Naomi, founder of Warrior Goddess Evolution, shared her story in her new book, Simply Woman, and we’re looking forward to future collaborations with her.

In September we had a table at Race for a Soldier, a run sponsored by Permission to Start Dreaming Foundation that thousands of people in the community support. Leslie Mayne’s cause is one we strongly believe in, we’re so lucky to her as a partner. This month we partnered with Air Force wife Pamela Bolado and her brand Le Pamier skincare for her Women + Wellness + Wisdom event. With all of Pamela’s hard work it was flawless, we were thrilled with how many military spouses and active duty female service members attended. It was a full house!

Some exciting things are on the horizon for 2019 as well. Our executive team will be featured in a photography book, designed by a world-renowned photographer. We’re working on our own event calendar now and will be revealing details soon, so please check out our website for more info. Many new partnerships have been developing that we’re excited to announce soon as well!

We’re grateful for our sponsorships through GruntStyle, Microsoft and USO Northwest…we wouldn’t be able to create this magic if it weren’t for their support. We believe that we’ve grown and become better people ourselves with each opportunity that’s come our way, and our hope is that we are able to make such a difference in others’ lives as well.