I met Christopher Frazier last year when I started working at my new day job, and him and I quickly became friends.  We didn’t see each other every single day, but whenever we saw each other, we would both have huge grins on our faces and begin one of our many lively conversations about Youtube channels and producing our own TV shows, Tae Kwon Do (I am a red belt by the way, and he is an instructor), and just life in general.

After COVID-19 hit our office and most of us were sent home to telework, I didn’t get to see my work buddy anymore. Then George Floyd was killed and thus began my awakening of what I had been immune to for most of my life.  Christopher is a black man, and while its not something I think I consciously thought about, I began realizing that him and I were really only ever having surface conversations. I didn’t know him. I didn’t know what he had been through and continues to go through daily because he has more melanin in his skin than I do. I asked for him to call me one day a few months ago, and while I was sobbing, I wanted and needed to hear some of the tragedies he had dealt with. I needed my eyes open. I was that white friend, asking my black friend to open my eyes – eyes that should have been open long ago. I was no doubt contributing to his fatigue of having to tell his story over and over, like so many of our black brothers and sisters have now been doing since the death of George Floyd and Breonna Taylor and countless others. I asked Christopher if he wouldn’t mind letting me interview him so everyone could read his words and he agreed.

My friend, Christopher Frazier, in his own words. 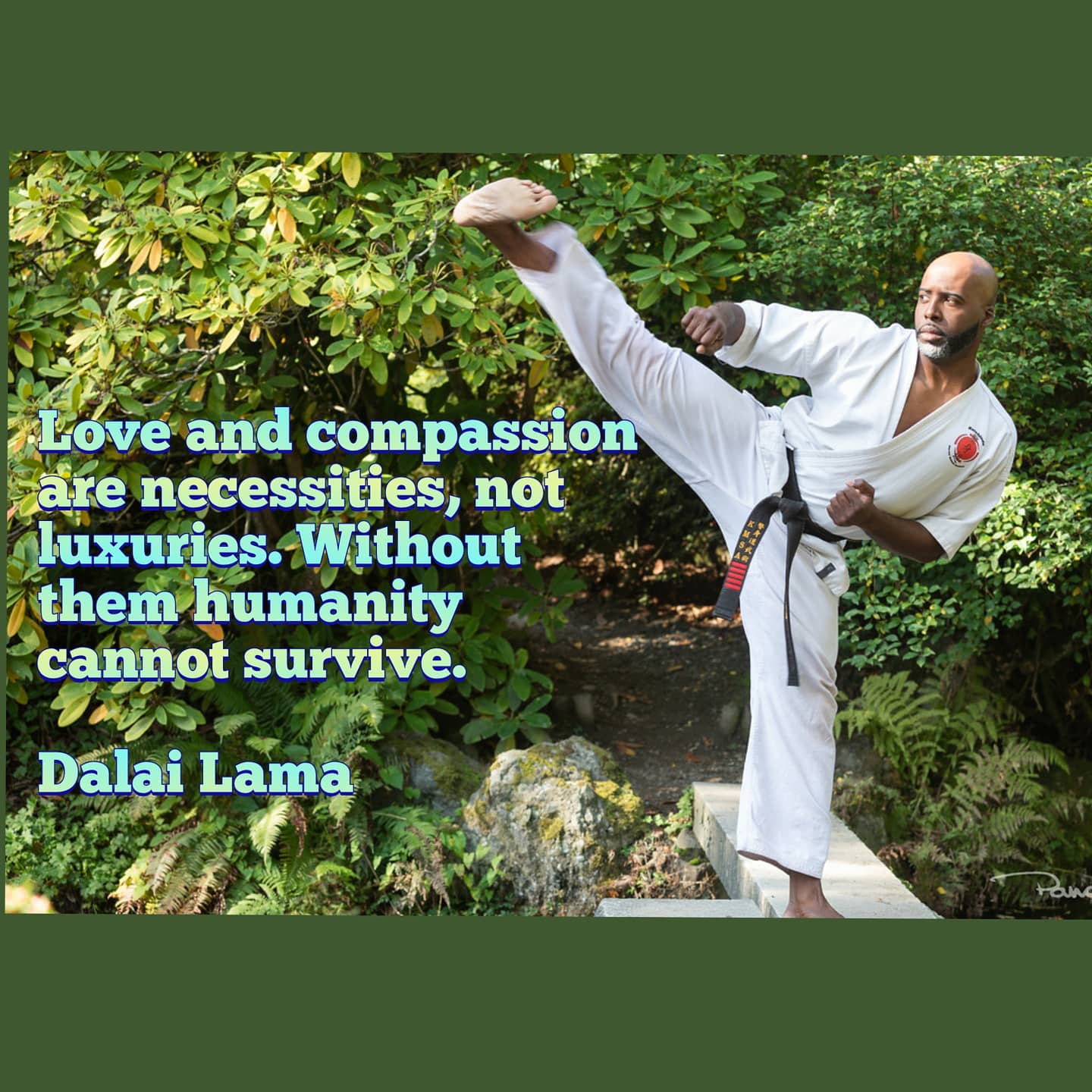 Knowing you are originally from Arkansas, can you talk to me about how much your life changed since you came to Washington?

I came to WA when I was pretty young. My mom made sure that we visited the south every summer so we knew our roots. My mother tried to bridge the differences between the two, but the south always felt like our special place. Lots of history and sense of close bonds.

You are the owner of Ninja School Federal Way, teaching men, women and children alike how to empower their mind, body and spirit through mixed martial arts! Can you tell me what it’s been like for you as a black business owner in the martial arts industry?

It has been nothing less than rewarding!! I had the opportunity to reach out to a lot of youth over the years. Especially the youth in the black community. There were many young men and women that have entered my school needing direction and a father figure. So I’m always honored to fill that void for the youth.

If you feel comfortable talking about it, are you willing to share some examples of times you have felt blatant racism towards you? What have you had to endure simply because of your skin color?

Yes. I have endured some racism in grade school mostly. I experienced the normal name calling and bias treatment, but as an adult it was less blatant but very subjective. There had been a time in school were I was made fun of for my skin and big lips, called a nigger while attending Wing Luke Elementary school in the 5th grade. That had been roughly in the late 80’s early 90’s. 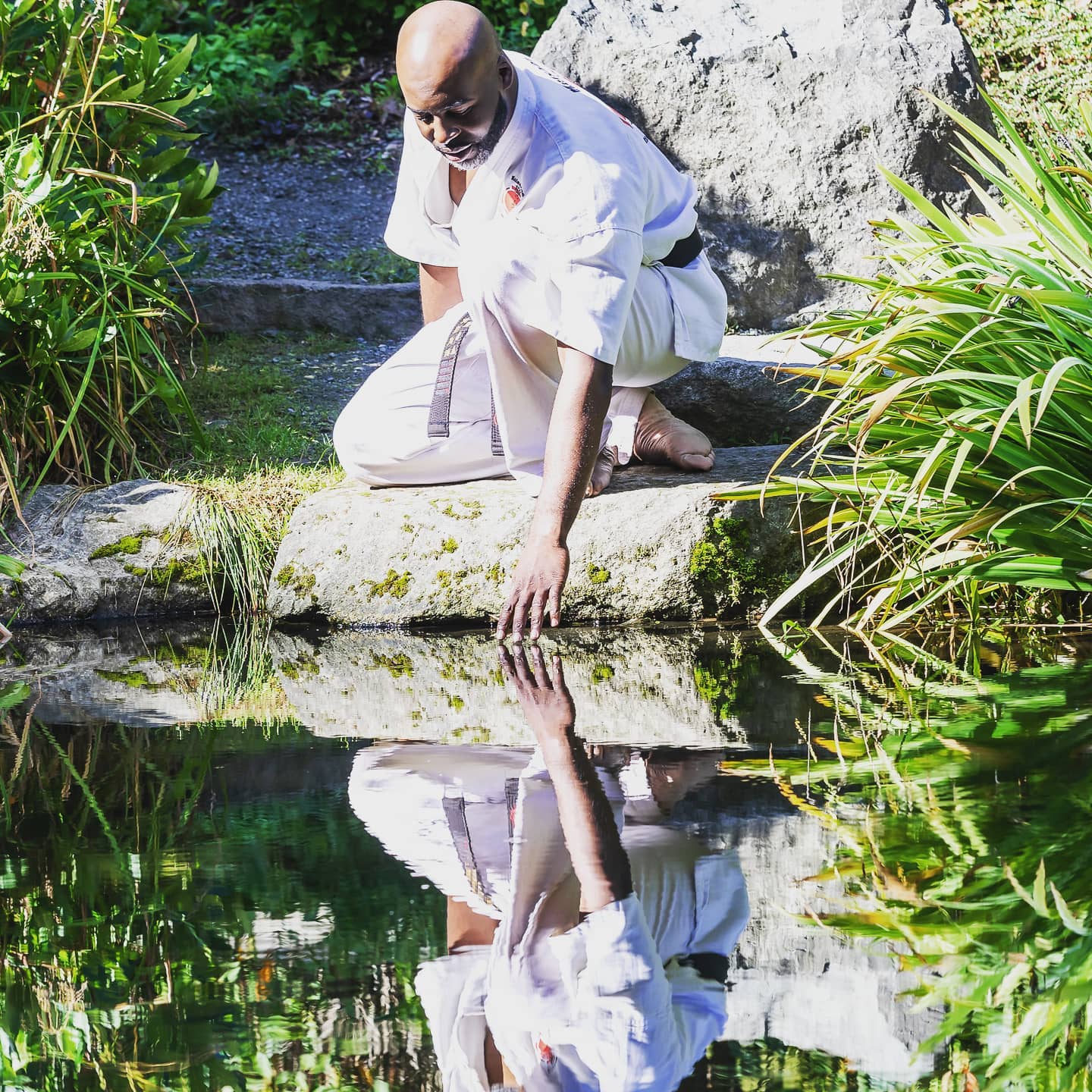 What are ways that white people like myself can work together to dismantle racism for good?

I feel not allowing other non-POC to continue their racist and biased ways is a start. Nothing can go unnoticed or challenged. The more we allow things to just be or deemed ‘not really that serious’ that’s when the problems will continue.

George Floyd, Breonna Taylor, Alton Sterling, Michael Brown, Eric Garner – these are just a few of many names of black Americans who have been killed by police officers over the last few years. Why do you think this call for change right now is different than the past?

It isn’t different. It’s been going on for so long that it’s almost normal. Just as I mentioned before that if things continuously get swept under the rug, it makes it hard for others to want to act or respond. It actually gets deemed as less important because of its natural occurrence. But we all know it’s not really. I also believe that the social media exposure ups the ante quite a bit. Yea, that’s the main reason I believe…can you imagine a database of all the occurrences that has happened over the last few centuries?

How can white people help expose racism and create healing for those that have been affected?

By having those uncomfortable conversations with those who are acting like the oppressors. It’s not an easy task, you have to be ready to be called a traitor or less white to want to stand up for people that have been seen as less than. All because of the color of their skin.

How can we all support you and other black business owners, not just right now while it’s a “trending topic,” but into the future?

The best way to do so is make the playing field of business even. Some may say that it already is, but truly there are stigmas still out there that don’t allow black businesses to get the help or funding to get a good start. I think programs for minorities to get into franchising could be a good start as well. Nothing beats education of course, but it has to be available in those less than fortunate communities.

Christopher is currently in the process of writing his autobiography, Perseverance. Stay tuned.