While my life ended up not taking me down the military career path, my father honorably served in the United States Air Force, as did my ex-husband. In fact, the entire reason why I moved to the Seattle area was because of the military. My boyfriend also served in the Army and traveled the world. I will never be able to thank the brave men and women enough who chose to put our country before themselves.

Tim Cruickshank and David Johnston have made it their mission to honor all those who have served our great country through the power of giving.

Tim Cruickshank stood amongst his Navy SEAL peers at his own retirement ceremony when it hit him. As he looked around the room, he saw men who battled the enemy side-by-side with him during wartime. He fought with these brave men for so long, he didn’t want to leave them behind. He wanted to give back to those who gave so much. The ideas began to sketch themselves out in his head.

The rest of the story can all be attributed to divine intervention.

After retirement and starting a second career, Tim and David connected through their kids who went to high school together. Their daughters were in a theatrical production where both men volunteered.  While David’s life had not led him to a military career, he had over 20 years of experience as a Venture Capitalist, having helped start over 30 companies. He also had some very serendipitous connections that Tim needed to start his vision.

Was it possible to start a coffee and a wine company with a portion of all of the proceeds benefiting the Navy SEAL Foundation and other charities that supported the SEAL community? Could Tim create a company that gives back to those who gave him and his family so much while he served? 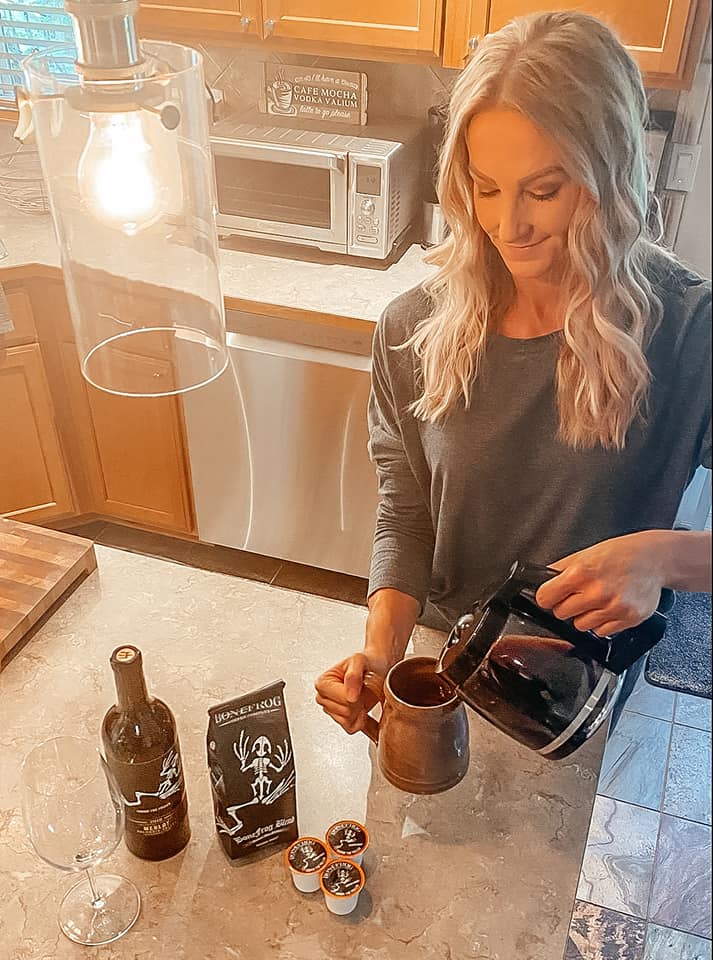 The mission of Bonefrog Coffee is “to produce the finest premium small batch coffee for those that love America and appreciate their freedom.”

The coffee beans are produced by the one and only Master Coffee Roaster, Dave Stewart (one of the founders of Seattle’ Best Coffee). All the coffee beans are imported directly to Snohomish from Central America.  The roasting and bagging then occurs locally in Snohomish and is shipped fresh when ordered. Bonefrog Coffee currently offers a Medium Roast in a bag and in K Cups, with a dark roast coming soon. The medium roast is a carefully selected blend of beans that capture notes of chocolate, hint of citrus and a subtle spiciness.

The mission of Bonefrog Cellars is “with a purpose to inspire a grateful nation, we work tirelessly to highlight the selfless acts of others through the unparalleled power of storytelling. We will continue to keep their memories alive and preserve the honor, sacrifice, and legacy of those that heeded the call of duty.”

The name Bonefrog and the labels on the coffee and the wine are deeply symbolic to Navy SEAL tradition and honor those that made the ultimate sacrifice for our country. From WWII to Vietnam to present day, every part of Bonefrog honors those who chose military service.

“They say you die twice, once when you take your last breath and again when somebody says your name for the last time.”

As their mission states, through the unparalleled power of storytelling, Bonefrog labels will also tell the stories of those who have fallen so they are truly never forgotten.

And finally, why would a retired Navy SEAL want to start a coffee and  wine business? What better tribute to Navy SEALs can you have when you create two products that are influenced most by sea, air and land?