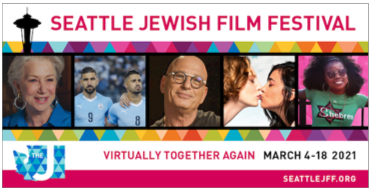 The Seattle Jewish Film Festival (SJFF) has announced its full line-up of streaming films for the 26th festival, running March 4-18, 2021.

SJFF features 19 films from around the world, including Germany, Poland, Argentina, Israel, and Norway.  This year’s festival features comedies, love stories, and tales of triumph and overcoming adversity to joyously bring us virtually together again, even though we’re far apart.

The festival opens with the documentary film HOWIE MANDEL: BUT, ENOUGH ABOUT ME, a revealing and funny look at the Emmy-nominated comedian and game show host’s quirky career and struggles with mental health. The film will be available for streaming March 4-7; as with all films in the virtual line-up, it will be available for 72 hours. Howie Mandel will also join us, along with acclaimed documentary film director Barry Avrich, for a Zoom conversation. 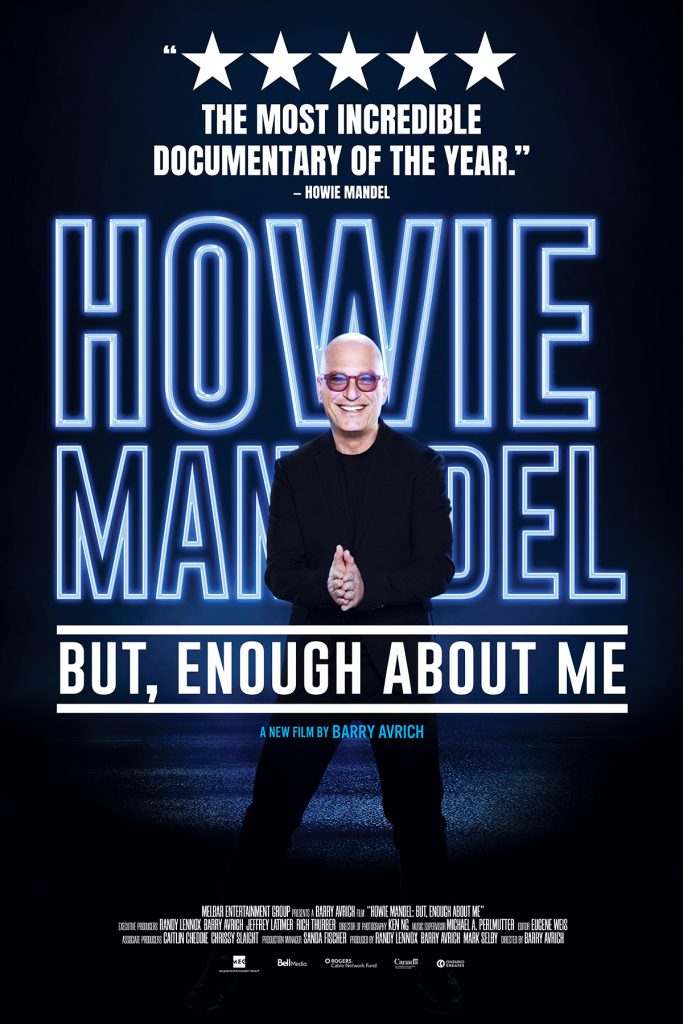 “The films in this year’s virtual festival focus on light, levity, and laughter to brighten our spirits in dark, challenging times,” says Pamela Lavitt, SJCC Arts + Ideas and Festival Director. “Comics, romantic comedies, inclusivity, and triumphant gritty stories will bring everyone in your household together—even if virtually—to gather ‘round and laugh, cry, debate, and celebrate global Jewish and Israeli cinema in our hearts and homes.”

Tickets for SJFF are on sale now. Single household film ticket prices range from $12-20. Ticket 6-packs range from $60-75 and Full Festival All-Access passes for $160-180. Discounts are available for seniors 65+ and students. While tickets and passes are per household, only one device can watch a film. Once you start playing a film, you must continue watching on the same device/location. All films are available for 72-hour viewing windows. All films can be viewed in WA state and many can be viewed from outside of WA. Check the film descriptions for specific geographic viewing areas.  We recommend reading our Streaming FAQs before purchasing tickets.

Full Festival Lineup (alphabetical order)
For a list of all programs in schedule order, including streaming windows for each film, visit www.SeattleJFF.org

ADVENTURES OF A MATHEMATICIAN
Fascinating story of one of the greatest scientific minds of the 20th century, a Polish mathematician, humbled and haunted by his greatest achievement.

AMERICAN BIRTHRIGHT
A Jewish millennial embarks on a conversational journey with family, friends, and faith leaders as she grapples with her sister’s intermarriage as well as her own Israeli birthright and Jewish values.

AULCIE
The rise, fall, and redemption of an American-Israeli basketball legend.

COMMON GOAL | Brunch Film
Almost half the players on the Israeli national soccer team are Muslim. Questioned by all sides, they try to guide the team through their biggest international tournament. Takeout brunch pairing from Zylberschtein’s. Pick-up and delivery options available: Order here

THE CROSSING
Adventurous 10-year-old Gerda and brother Otto discover two Jewish children hiding in their basement and embark on a courageous journey to reunite them with their parents.

FROM CAIRO TO THE CLOUD | Sephardic/Mizrahi Spotlight
In Cairo’s ancient synagogue, a vast treasure trove of cast-off documents revolutionizes our understanding of Jewish history now that these fragments have been digitally reunited.

IN YOUR EYES I SEE MY COUNTRY
Neta Elkayam and Amit Haï Cohen take a musical journey to bridge the dissonance of their fragmented, dual Israeli and Moroccan Jewish identities through song.

KISS ME KOSHER | Gay Gezunt! LGBTQ+ Spotlight
An endearing dual love story and romantic misadventure of clashing cultures and families. Can the couples build a future together without ignoring the past?

MY AMAZING FUNERAL | Closing Weekend
In this uproarious Argentinean slapstick comedy, a controlling Jewish mother fakes her own funeral to hastily reunite her far-flung family.

ON BROADWAY | Half-Price Senior 65+ Matinee
An all-star cast tells the inside story of Broadway’s (pre-pandemic) revival, from A Chorus Line to Hamilton. 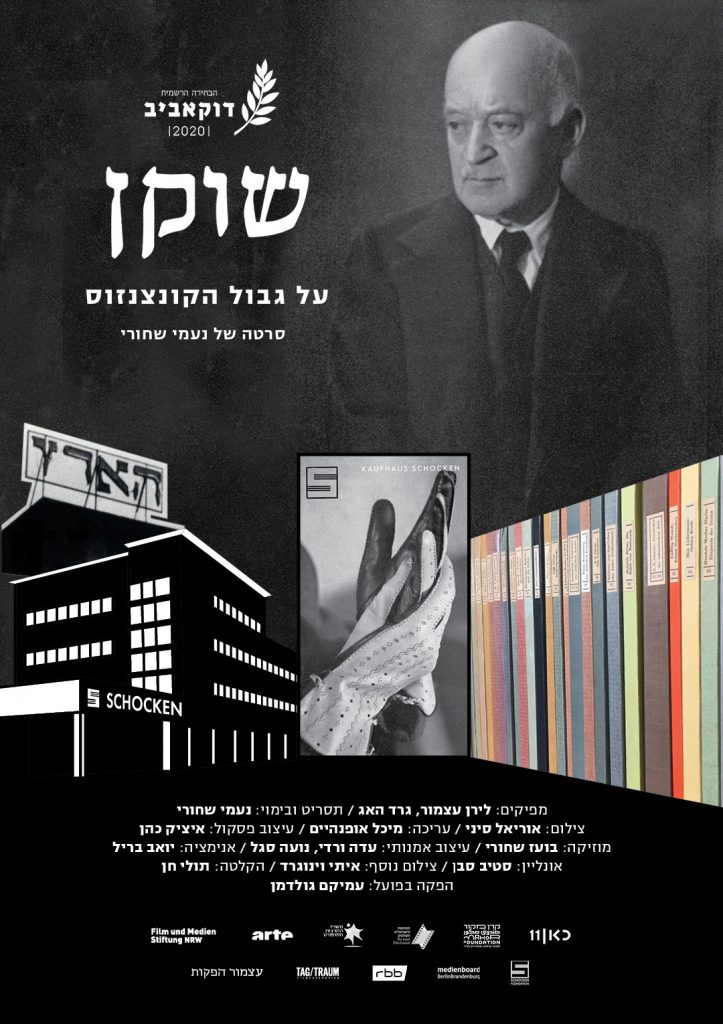 SOROS
An unprecedented look at billionaire George Soros, a Hungarian Holocaust survivor, who is one of the most influential and controversial figures of our time.

THEY AIN’T READY FOR ME
Combating gun violence on the South Side of Chicago, African American rabbinical student Tamar Manasseh is a fearless community leader and force to be reckoned with.

THOU SHALT NOT HATE
An endearing dual love story and romantic misadventure of clashing cultures and families. Can the couples build a future together without ignoring the past?

WINTER JOURNEY
An intimate story of family secrets and a father-son interview, remarkably illustrated through archival images, footage, and actual conversations. Bruno Ganz (WINGS OF DESIRE) delivers a sublime and vulnerable performance as the father in his final role.

About the Seattle Jewish Film Festival
Seattle Jewish Film Festival (SJFF) is one of the largest and longest-running film festivals in the Pacific Northwest and one of the largest Jewish film festivals in the country. A cornerstone program of the Stroum Jewish Community Center (SJCC), SJFF brings people together from across Washington State—and virtually around the globe—to celebrate and showcase the vibrancy and diversity of Jewish and Israeli life through cinema. Year-round, SJFF and SJCC Arts + Ideas present film and performing arts programs that build connections, unlock perspectives, engage the community, and uplift the human spirit.  Tickets and more information at www.SeattleJFF.org.