When Alaska Airlines has a ticket sale, I often find myself jumping at the chance to get some traveling in – especially with COVID changing our lives. When discounted flights from Seattle to Houston were offered, I texted my boyfriend, Kyle, and asked if he wanted to go to Texas for a week. Fast forward a few months later and we touched down safely at George Bush Intercontinental Airport.

Our first order of business during our stay in the Lone Star State was a visit to Space Center Houston. If you have followed What’s Up NW for awhile or if you know me personally, you know that my dream job is to work for NASA and on top of that, to work at Johnson Space Center. From growing up near Armstrong Flight Research Center (formerly Dryden), to winning first place in a NASA essay contest my junior year of high school and reading my essay in front of NASA employees and the Center Director to watching the final Space Shuttle launch from Kennedy Space Center in 2011 to meeting two NASA astronauts and reading their books in almost one sitting – it’s safe to say, I believe in the mission and the people who are helping us all touch the stars.

When I discovered that Space Center Houston was open to visitors, I spent the extra money to purchase two Space Expert Tour tickets – and it was well worth every penny.

Our hotel, Hilton Houston NASA Clear Lake, is literally across the street from Johnson Space Center. Bless my boyfriend’s heart and his chosen profession, he has gazillions of hotel points and he booked this hotel for us. I about cried when we were driving down East NASA Pkwy and the entrance came into view. 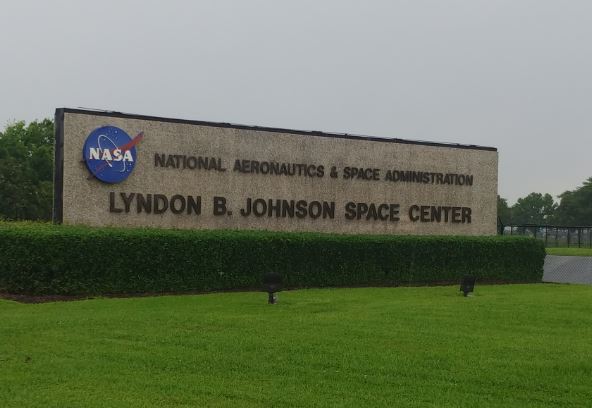 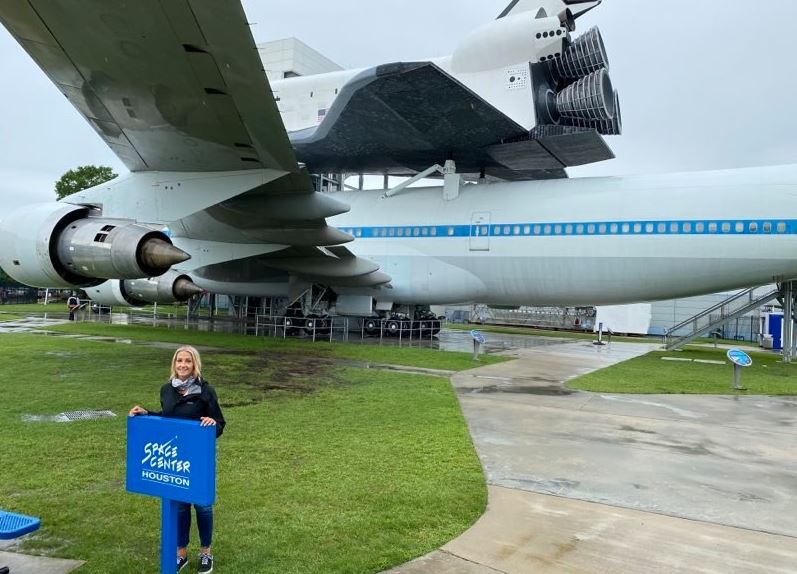 For the Space Expert Tour, guests arrive an hour before the Center opens to the public. We were then divided into two smaller groups, ours having seven fellow space lovers. One of the families in the other group lived in Gig Harbor, Washington – not too far from where I live! We had some good laughs how we brought the Seattle rain with us, even though Houston averages about 49.77 inches of rain annually while Seattle only gets around 34.1 inches of rain each year. I would have to say now from personal experience, Houston might get most of their rain all at once! 🙂

Touring Space Center Houston with a space expert enriches your experience so much more. We spent about four hours walking around and learning some incredible things about the past, present and future of the space program. For example, did you know that moon dust is about as sharp as shards of glass? Because there is no erosion (wind, water, etc) on the moon, the edges never smooth out! Imagine being Apollo astronauts walking on the moon, driving a Lunar Roving Vehicle and kicking up all that dust that then clings to everything you are wearing to protect you from the elements of space. That tiny dust can not only tear up spacesuits but imagine breathing that into your lungs after taking your equipment off? The NASA Artemis program is preparing to tackle those issues with our next moon mission! 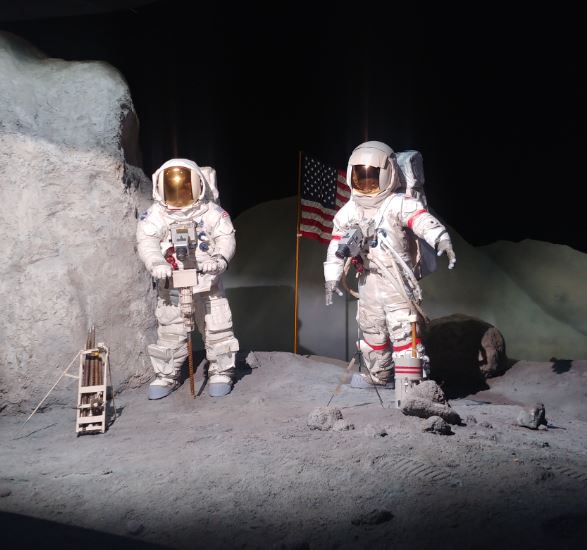 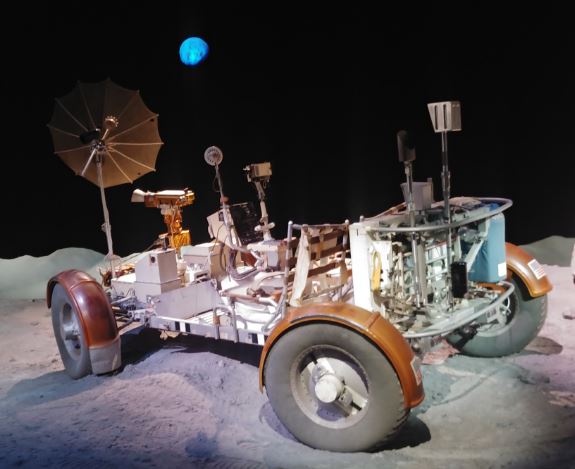 Seeing a Saturn V rocket in its full glory is a sight to behold. These rockets sent Americans to the moon. Standing next to one and seeing the sheer size of the power it takes to leave Earth’s gravity will take your breath away. The building that houses the Saturn V rocket also displays pictures of the crewmembers of each of the Apollo missions along the wall. My eyes became misty as I silently whispered rest in peace to the photo of the Apollo 1 crew, Gus Grissom, Edward White II and Roger Chaffee. The building also has a permanent display of  bronze statues of the famous Apollo 13 crew, Fred Haise, Jr., John Swigert, Jr., and James Lovell, Jr. (pay attention to the details, even down to the shoes!). 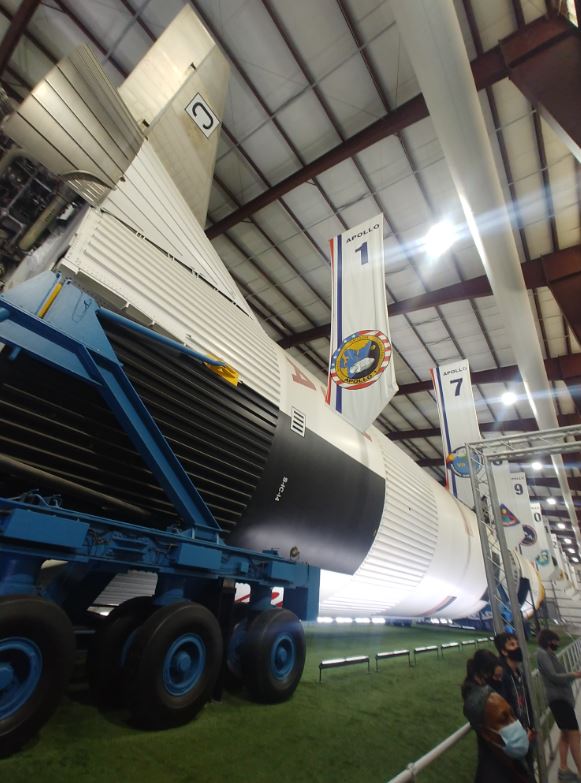 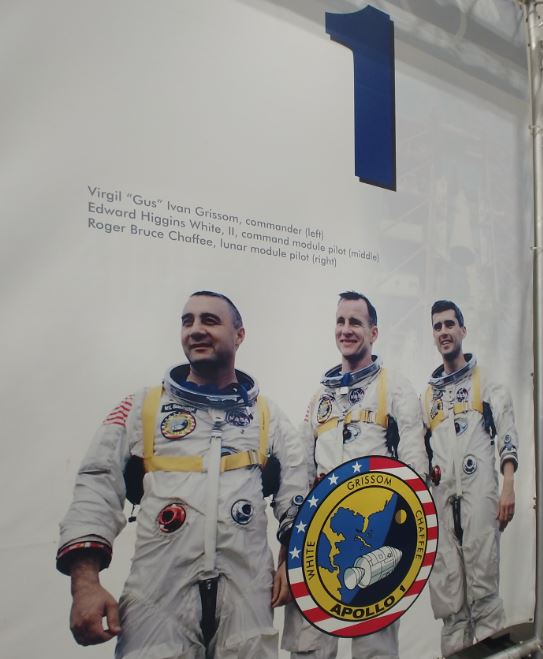 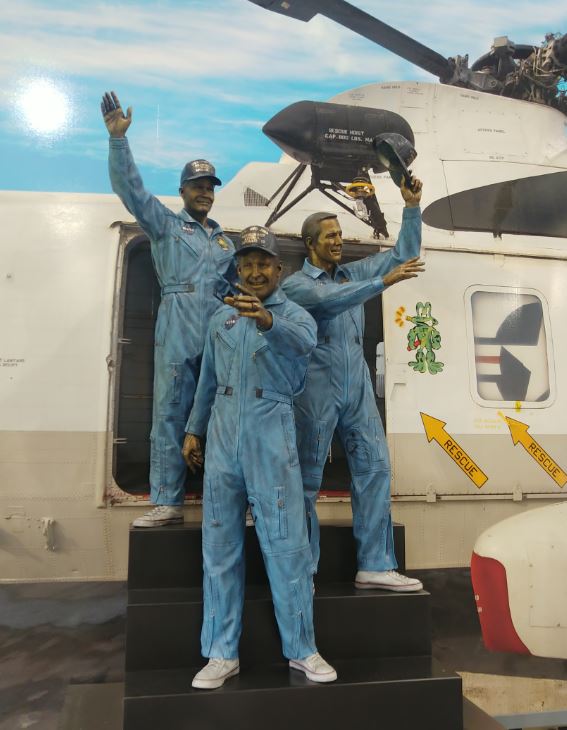 One of the final stops on our tour was the Space Vehicle Mockup Facility. Astronauts (and we saw two of them!) train in this larger than life classroom.  Astronauts have to be prepared for just about every issue or emergency in space, from learning how to put their spacesuit together to knowing all the systems of the vehicle they are in, this facility provides all the hands on education they need! You’ll also learn about the NASA advanced humanoid robot, Valkyrie! 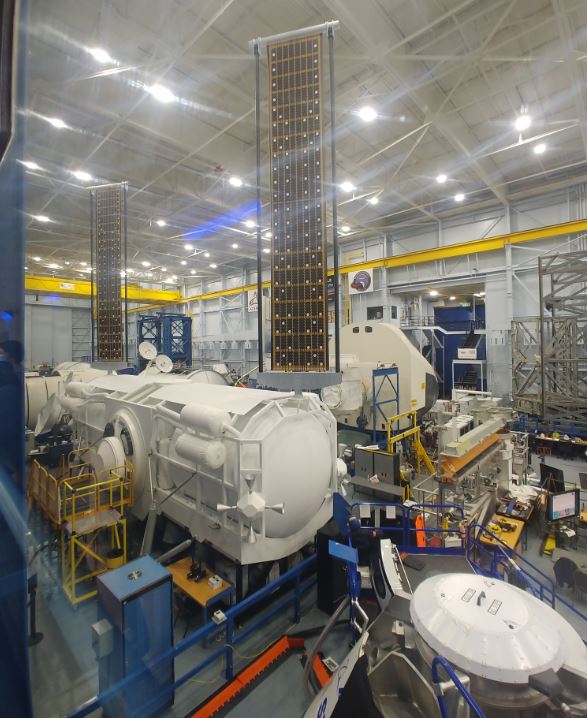 I have barely touched the surface with all that Space Center Houston has to offer for the whole family. While Apollo Mission Control Center was closed for the tour due to COVID, it just means I will have to go back to Houston to visit again! If you are planning your own trip to Houston, I highly recommend visiting Houston Space Center and purchasing tickets for the Space Expert Tour. You will leave feeling even more inspired about NASA’s vision for our planet, to reach for new heights and reveal the unknown for the benefit of humankind. 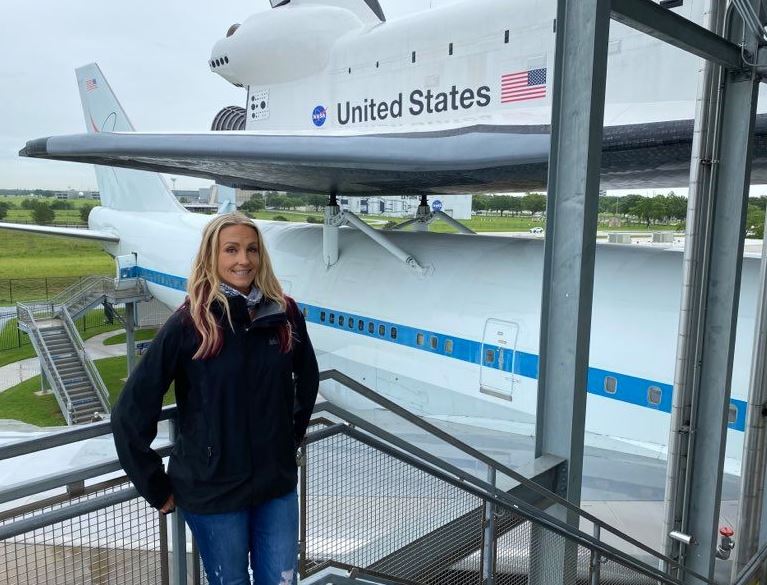