Beginning this Saturday, October 30, 2021, The Museum of Flight will be the first location to exhibit NASA’s full scale replicas of the Mars rover and helicopter, Perseverance and Ingenuity.

This showcase is part of NASA’s Roving with Perseverance roadshow to museums that are members of NASA’s Museum and Informal Education Alliance. The digging, scooping, roaming, flying, listening, photographing and analyzing robots have an almost “human” presence on the Red Planet, and the full-scale mock-ups will offer Museum visitors a visceral way to identify with them. The rover’s lookalike is as big as a car, and its camera “head” towers over most people, while Ingenuity’s diminutive double fits under Percy’s belly. The exhibit runs through April 3, 2022. 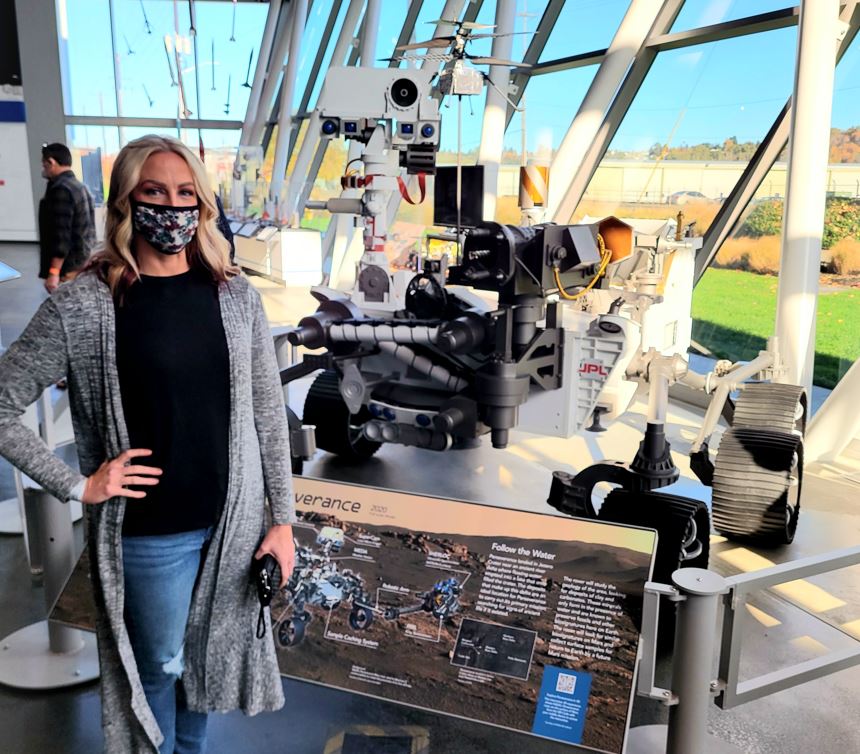 Opening Day Events
The mock-ups will be displayed in the Charles Simonyi Space Gallery. On opening day there will representatives from NASA JPL (the lead NASA center for the Mars exploration missions), Mars planetarium shows, videos and family education programs. Throughout the run of the exhibition, the gallery’s video wall will be updated to show the latest images from the robust rover and its flying sidekick. Future plans include speaker programs and other events related to Mars in fact and fiction.

Perseverance and Ingenuity
NASA’s Mars 2020 Mission landed Perseverance and Ingenuity on the Red Planet on Feb.18, 2021. Operations on the surface of Mars are planned to last at least one Mars year (687 Earth days). Perseverance is searching for signs of ancient microbial life, and will advance NASA’s quest to explore the past habitability of Mars. Ingenuity is testing the technology for powered, controlled flight on another world for the first time. Its historic maiden flight took place on April 19, 2021. Since then, the helicopter has successfully performed additional experimental flights of incrementally farther distance and greater altitude. With its tech demo complete, Ingenuity transitions to a new operations demonstration phase to explore how future rovers and aerial explorers can work together. 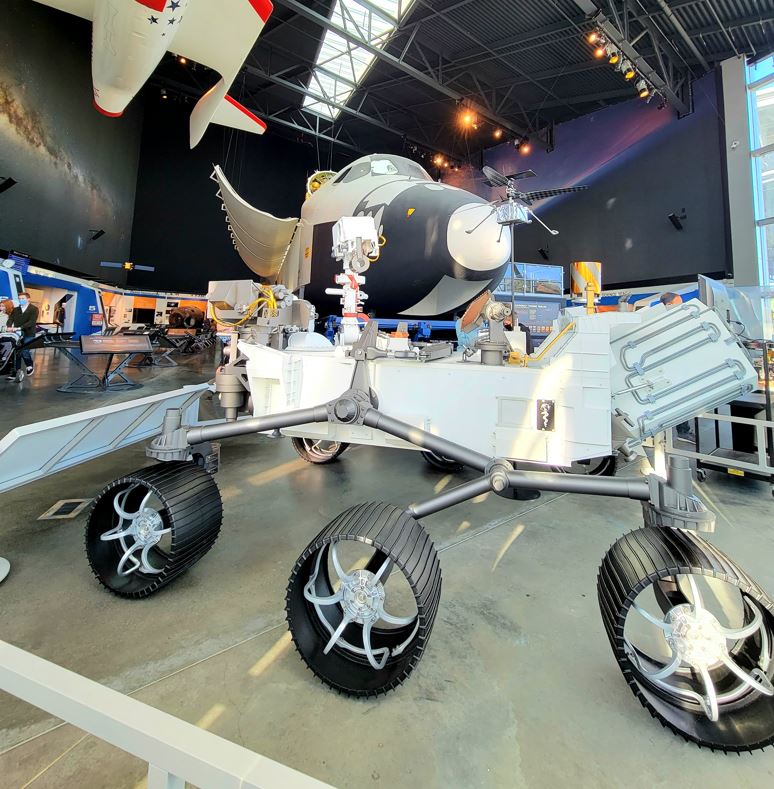 A key objective for Perseverance’s mission on Mars is astrobiology, including the search for signs of ancient microbial life. The rover will characterize the planet’s geology and past climate, pave the way for human exploration of the Red Planet, and be the first mission to collect and cache Martian rock and regolith (broken rock and dust).

Subsequent NASA missions, in cooperation with ESA (European Space Agency), would send spacecraft to Mars to collect these sealed samples from the surface and return them to Earth for in-depth analysis.