Seatac resident and retired McChord Air Force Lieutenant Colonel, Mike Gainer, went with a team of four individuals to Pitesti, Romania to establish a refugee camp for people fleeing the violence in Ukraine. The camp was owned by a non-profit organization operated by a local church under the organization KontaktMission.

Mike’s brother had been a pastor for a church in Ukraine for 10 years. “I told my brother if he was going then he could count on me to do my part. After 10 deployments in support of military operations in Iraq and Afghanistan, I thought I had something to offer.”

The objective of the trip was to install and outfit prefabricated housing containers, and rehabilitate the existing structures over a 9 day trip.

The fully outfitted camp is projected to hold up to 250 refugees. Within three days of opening the camp, there were 42 refugees, with the majority being children.

In addition to the standalone containers, the camp provides toilet and shower facilities, kitchen, dining room and recreation/education building.

The hope is to build a dining hall and expand the number of shelters to move beyond the existing capacity of 60 personnel. They are also hoping to upgrade the playground equipment and provide for ongoing costs of utilities and food. You can assist the camp by giving at gokmusa.org/help-Ukraine.

You can also check out the day-by-day blog of the trip with pictures on Facebook.

The camp has also been featured on the FOX 10 Phoenix morning show and can be viewed here. 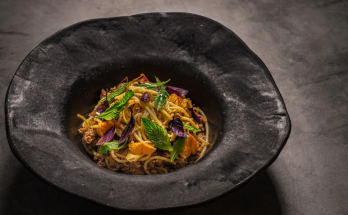 Where Art Meets the Earth