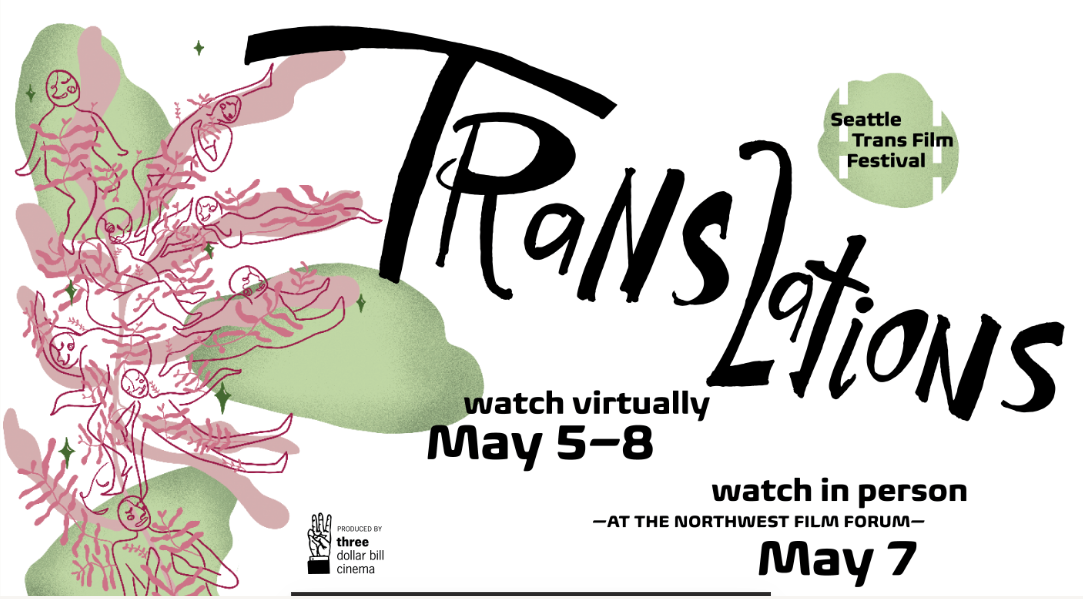 Three Dollar Bill Cinema recently announced  the lineup for TRANSlation: Seattle Trans Film Festival. One of two transgender film festivals in the US and one of a few in the whole world. TRANSlations returns for its 17th year in hybrid format, both online and in-person.

This year’s festival will showcase over 56 multigenerational stories from 11 countries, including Panama, Mexico, South Africa, Spain, Turkey, and Ireland

“TRANSlations is our favorite time of the year; a chance to bring together under-represented members of our community and focus on them for an entire weekend of thoughtful and impactful programming,” said Billy Ray Brewton, Managing Director of Three Dollar Bill Cinema. “And that representation is more important now than ever with queer rights under constant assault from backward-thinking entities and individuals.”

According to the ACLU, a record 238 bills that would limit the rights of LGBTQ+ Americans this year — about 65% of them specifically targeting transgender, non-binary, and gender-diverse people –-have been proposed by lawmakers. An increase from 41 bills in 2018 to 238 in less than three months of 2022.

“This year, approximately 25 states in the US face harmful legislation targeting trans people with a large focus on trans athletes and trans youth,” said StormMiguel Florez, Lead Programmer. “This constant bombardment of legislating against our very existence is physically and mentally harmful, so I am thrilled that all of our TRANSlations’ shorts programs and most of our features are available to watch in all US states and territories. It is integral that we see ourselves and those who share our joys and struggles reflected on screen and behind the camera. I hope our audiences feel emboldened and connected through the power of trans and non-binary cinema.”

Official Sundance Film Festival selection, FRAMING AGNES, will screen in-person (and virtually). The film depicts and reframes the story of Agnes, the pioneering transgender woman who participated in gender health research at UCLA in the 1960s. Director Chase Joynt (NO ORDINARY MAN) brings together an all-star cast of transgender artists, including Angelica Ross (POSE), Jen Richards (DISCLOSURE, CLARICE), Zackary Drucker (TRANSPARENT), and Silas Howard (TALES OF THE CITY, BY HOOK OR BY CROOK) to breathe personality and history into gender research subjects long-hidden from the public eye.

Additional highlights include CAER, the experimental documentary tribute to the work and legacy of Lorena Borjas, diverse short film programs, and an anniversary screening of the multi-award-winning landmark trans masculine buddy film, BY HOOK OR BY CROOK.

The festival takes place from May 5-8. All films are available to screen virtually starting on May 5. Start any film between May 5 and 8, and audiences have until May 13 to view the film program. Saturday, May 7, is the in-person screening day at NW Film Forum.